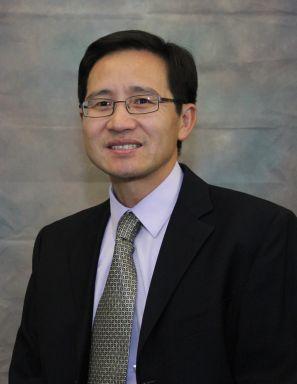 Professor and Interim Department Chair of Electrical & Computer Engineering David Wenzhong Gao, PhD, has been named an Institute of Electrical and Electronics Engineer (IEEE) Fellow. He is being recognized for contributions to grid integration of wind power and electric vehicle technology. Gao has made seminal contributions to sustainable energy systems including wind turbine generators and electric vehicles, and their seamless integration to the power grid. In addition to his research contributions, he has contributed to the education of young engineers on renewable energy and sustainability.

The IEEE Grade of Fellow is conferred by the IEEE Board of Directors upon a person with an outstanding record of accomplishments in any of the IEEE fields of interest. The total number selected in any one year cannot exceed one-tenth of one- percent of the total voting membership. IEEE Fellow is the highest grade of membership and is recognized by the technical community as a prestigious honor and an important career achievement.

Gao has shown an extraordinary capacity as a researcher, professor, and as an engineer. His work contributes to increased reliability and stability of electric power infrastructure as more renewable energy sources and electric vehicles become integral parts of the grid.

Gao received his master's and doctorate degrees in electrical and computer engineering, specializing in electric power engineering, from Georgia Institute of Technology, Atlanta, USA, in 1999 and 2002, respectively. Gao is a tenured full professor and director of the Renewable Energy and Power Electronics Laboratory with the Department of Electrical & Computer Engineering. His current teaching and research interests include: renewable energy and distributed generation, microgrid, smart grid, power system protection, power electronics applications in power systems, power system modeling and simulation, and hybrid electric propulsion systems. Gao was a recipient of the prestigious U.S. National Science Foundation CAREER award. He serves on Editorial Board for several prestigious journals and served as General Chair for the 48th North American Power Symposium (NAPS 2016) and for the IEEE Symposium on Power Electronics and Machines in Wind Applications (PEMWA 2012).

The IEEE is the world’s leading professional association for advancing technology for humanity. Through its 400,000 plus members in 160 countries, the association is a leading authority on a wide variety of areas ranging from aerospace systems, computers and telecommunications to biomedical engineering, electric power and consumer electronics.

Dedicated to the advancement of technology, the IEEE publishes 30 percent of the world’s literature in the electrical and electronics engineering and computer science fields, and has developed more than 1300 active industry standards. The association also sponsors or co-sponsors nearly 1700 international technical conferences each year.

We are so excited to celebrate his latest achievement and are proud to have such an outstanding faculty member as part of the Ritchie School of Engineering & Computer Science's community. Congratulations Professor Gao!