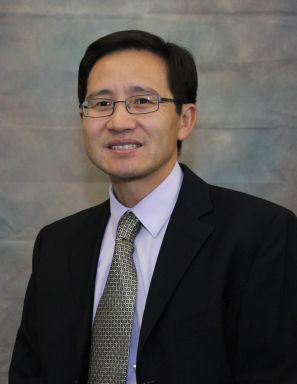 Devoted to training of young engineers on renewable energy and sustainability.

David Wenzhong Gao received the M.S. and Ph.D. degrees in electrical and computer engineering, specializing in electric power engineering, from the Georgia Institute of Technology, Atlanta, GA, USA, in 1999 and 2002, respectively.
He is a Full Professor of Electrical and Computer Engineering and Director of Renewable Energy and Power Electronics Laboratory at the University of Denver, Denver, CO, USA. He teaches courses such as Renewable and Efficient Power and Energy Systems, Power Generation, Operation and Control, Power System Protection. He has conducted extensive research in areas of power and energy systems including renewable energies, microgrids, distributed generation, smart grid, power delivery, power electronics application, power system protection, power system restructuring, and hybrid electric vehicles. He has published more than one hundred fifty refereed technical papers in international journals and conferences. He has co-authored a book entitled “Modern Hybrid Electric Vehicles,” published by John Wiley & Sons in United Kingdom. His research has been funded by many funding agencies and sponsors including US National Science Foundation, US Department of Energy, National Renewable Energy Laboratory, Argonne National Laboratory, Oak Ridge National Laboratory, US Army Research Office, US Office of Naval Research, Tennessee Valley Authority, US Electric Power Research Institute. In 2009, he won the prestigious US National Science Foundation CAREER award for wind power research. He received the Best Paper Award in the Complex Systems Track at the 2002 Hawaii International Conference on System Sciences (HICSS), Jan. 2002. Since June 2003, Dr. Gao has been a Senior Member of the IEEE till 2021 when he was named a Fellow of IEEE.
Dr. Gao currently serves as an Editor for the IEEE TRANSACTIONS ON SUSTAINABLE ENERGY, an Associate Editor for the IEEE JOURNAL OF EMERGING AND SELECTED TOPICS IN POWER ELECTRONICS, and he has been an active Reviewer of leading journals and conferences such as the IEEE TRANSACTIONS ON VEHICULAR TECHNOLOGY, the IEEE TRANSACTIONS ON POWER ELECTRONICS, the IEEE TRANSACTIONS ON SMART GRID, the IEEE TRANSACTIONS ON ENERGY CONVERSION, the IEEE TRANSACTIONS ON SUSTAINABLE ENERGY, the IET RENEWABLE POWER GENERATION, the IEEE TRANSACTIONS ON POWER DELIVERY, the IEEE TRANSACTIONS ON POWER SYSTEMS; IEEE Vehicular Power and Propulsion Conference (VPPC), IEEE Power and Energy Society General Meeting. He currently serves as the Secretary of IEEE Power Electronics Society Denver Section. He has been active in various technical committees of IEEE societies and conference organizing committees. He is a member of the Power and Energy Education Committee (PEEC) of IEEE PES (Power and Energy Society). He served as General Chair to host 2012 IEEE Symposium on Power Electronics and Machines in Wind Applications (PEMWA) in Denver, CO, USA. He was a Technical Co-chair for IEEE Vehicular Power and Propulsion Conference, held in Dearborn, MI, USA, September 7-11, 2009. He was also a Technical Program Co-chair in the Organizing Committee of 2013 IEEE GreenTech Conference held in Denver, April 2013. He will serve as the General Chair to host North American Power Symposium (NAPS 2016), September 18-20, 2016, Denver, USA. Dr. Gao has been invited to serve on the grant review panel for many funding agencies including the U.S. National Science Foundation, the U.S. Department of Energy, and the Natural Sciences and Engineering Research Council of Canada.