DU eSports Club has been home to many competitive eSports teams and several non-competitive gaming communities since 2013. They field competitive teams in games such as League of Legends, Rocket League, Overwatch, and Hearthstone. This year they field two new teams in Rainbow 6 Siege. 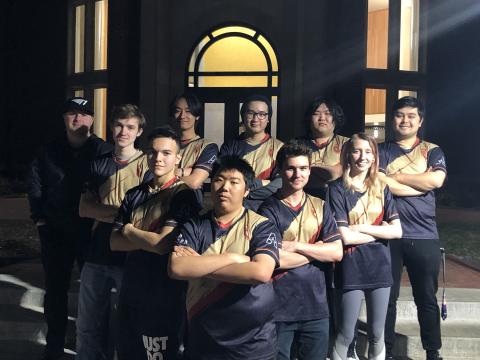 DU eSports Club has been using the DU Discord as the main communication hub for a few years. All announcements, event updates, and club updates are posted through Discord. While they do have other social media accounts, it is encouraged that students use Discord to get any up-to-date information about the club and its events. All social links, including the DU Discord, can be found from the DU eSports Crimson Connect page.

They own a Discord server, and the server is divided up into multiple channels where each channel represents a gaming community. Students can be a member of multiple channels or they can choose to only be in one. Competitive gaming teams also have their own separate channels in the server. As a matter of fact, Discord serves as the main communication between the players for most competitive teams at the University. Communication is especially important for competitive teams. Despite their busy lives, students on the team are required to meet up online multiple times a week in order to find success in their official tournament games. 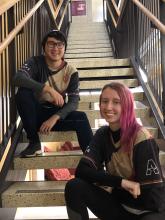 Previous teams, such as the League of Legends teams, met in the Engineering and Computer Science building before the pandemic. However, because of in-person restrictions all teams have since adjusted to meeting fully online. Meeting online is simple and easy to set up while providing teams a different environment than meeting in-person. In order to meet online a student needs to have a desktop that they can play on and working Wi-Fi. Historically, teams that met in-person developed a closer relationship with each other, which helped build trust within the team. While there currently are no known issues with the friendships among DU eSports’ competitive communities, some players do not even know what their fellow teammates look like.

Competitive teams will practice once or multiple times throughout the week. The League of Legends teams often practice against each other and/or other schools. In addition to the practice meetings every week, the teams will also meet to play official games against other universities.

DU eSports also likes to host local tournaments for those who want a taste of competitive gaming. These tournaments are always open to everyone whether or not they have experience in the game. One such tournament is the Smash Weeklies.

Another tournament was created by students in the League of Legends community because of the pandemic. During the pandemic, DU eSports hosted two one month-long online League of Legends tournaments called the University of Denver League of Legends Championship Series (DULCS). These tournaments featured a total of 55 participants and most games were streamed through the DU eSports Twitch channel, a popular streaming platform. The games managed to get an average of 20-40 viewers per stream and some games had a max of 100+ viewers. They got engagement and following from schools both in and out of state, including the University of Colorado Boulder, DePaul University, Syracuse University, and more. With the success of both DULCS tournaments DU eSports plans to host more tournaments like these with the next one in the Spring. They also hope that these tournaments will encourage the other gaming communities at DU to consider doing the same.

For those who are interested in supporting the club and their teams, DU currently has a channel on Twitch, the popular streaming platform. Every Tuesday, in replacement of the Weekly Smash Tournaments, DU eSports Club plays Teamfight Tactics with the community as well as provides a friendly and interactive stream for those interested. The club also enjoys streaming games such as Among Us, League of Legends, and more on their channel. Some competitive teams, such as Hearthstone and League of Legends, also have their official games streamed. 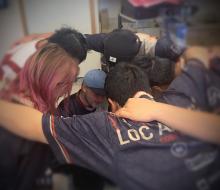 Although the pandemic has changed the way DU eSports operates, overall, it has not changed the students’ commitment to the competitive and non-competitive communities within the club. The leaders of the DU eSports Club are actively coming up with new ways to further involve the community through online means in replacement to in-person events. For those interested in joining or learning more about the club, join the DU Discord. Once you join, you will be a part of the DU eSports community and all that’s left for you to do is to choose your gaming community and connect with your fellow students and club officers.