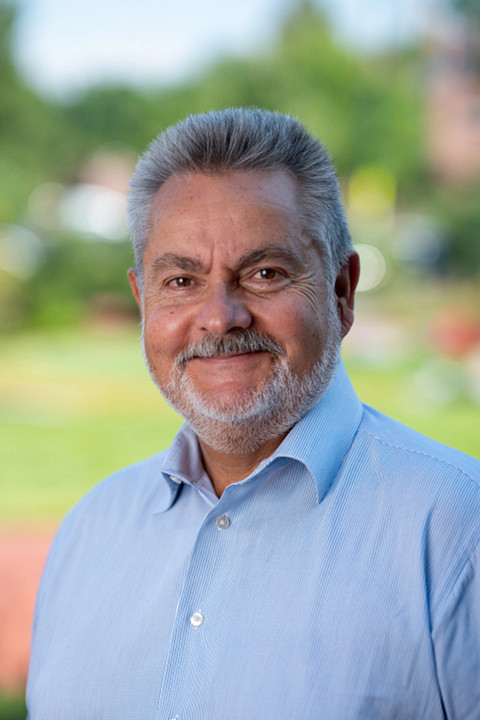 Fellow, AAAS, and Fellow, Institute of Measurement and Control

Interested in Generalized System Theory, in Formal Metrics for Autonomy and Resilience, and in Integrated Control and Diagnostics of complex engineering systems.

Dr. Kimon P. Valavanis joined the University of Denver in September 2008 as Professor and Chair of the Electrical and Computer Engineering Department. He is currently John Evans Professor, Director of Research and Innovation at the D. F. Ritchie School of Engineering and Computer Science, and Founding Director of the Unmanned Systems Research Institute. He is also Guest Professor in the Faculty of Electrical Engineering and Computing at the University of Zagreb, Croatia. He also was chosen by the Academic Senate and the Board of Governors of the Politecnico di Torino to collaborate in research and offer a series of seminars and short course in Robotics and Unmanned Systems under the Scuola di Dottorato program requirements as part of the European Research Council (ERC), European Commission, Horizon 2020 Scientific Programme, Part 1 – Excellent Science. Valavanis has offered similar courses at: Università Politecnica delle Marche, Ancona, Italy; South China University of Technology; Technion University, Israel; Universidade Federal do Espírito Santo (UFES), Vittoria, Brazil; Latin American and Brazilian Robotics Competition, João Pessoa, Brazil; Poznan Institute of Technology, Poland; Technical University of Crete and National Technical University of Athens, Greece. During his 30+ years of Academic career, Valavanis has graduated 38 PhD students and more than 100 M.Sc. students. He has attracted and has helped attracting close to $50M in research funds from Federal and State agencies, industry and the private sector. While in Europe, he was funded by the Greek Secretariat of Research and Technology, the European Union, industry, and from the Croatian Ministry of Science and Technology (joint projects).

Valavanis' research interests focus on the areas of Unmanned Systems, Distributed Intelligence Systems, Robotics and Automation. He has published more than 400 book chapters, technical journal, referred conference papers, invited papers and technical reports. He has authored, co-authored and edited 19 books, two of which have been translated in Chinese. He has organized international conferences, worldwide. He was Editor-in-chief (EIC) of the IEEE Robotics and Automation Magazine for ten years; EIC of the IEEE Systems Man and Cybernetics Newsletter for three years; EIC of the Journal of Intelligent and Robotic Systems since 2006. He serves as co-chair/chair of the Aerial Robotics and Unmanned Aerial Vehicles Technical Committee since 2008. He serves since 1998 as Vice President of the Mediterranean Control Association.

Dr. Valavanis has received invitations by the Hellenic Quality Assurance Agency (H.Q.A.A.) for Higher Education of the Hellenic Republic to evaluate Greek Universities (ABET Evaluation), and by the European Union to be an evaluator of IP and STREP projects as part of the 7th European Union (EU) Framework Programme for Research and Technology Development (FP7) – Information and Communication Technologies (ICT-2009.2.1 Cognitive Systems and Robotics), and he also served as a member of the Hearing Committee panel in Luxembourg. He is an appointed Scientific Project Reviewer in projects financed by the Ministry of Science, Education and Sports of the Republic of Croatia and in research projects evaluated by the Italian Evaluation of Research Quality exercise (VQR 2004-2010).