The Ritchie School hosted their annual Senior Design Symposium on May 15 virtually. Each of the twelve teams participated and worked hard to ensure that community members were able to learn about their project fully. 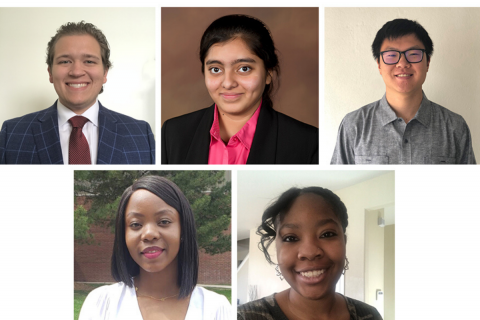 Traditionally, drones are used for surveying purposes because they require little training to use and are cheap to operate compared to other solutions. However, multirotor platforms are typically limited to operation far from the ground due to the risk of objects such as foliage or wildlife being struck by the propellers and damaging the drone. The purpose of this project was to design a platform with the ground capabilities to navigate the rugged terrain which is characteristic of these areas without compromising on air capabilities or ease of use. 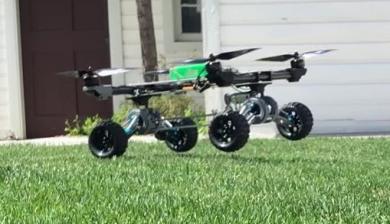 This added functionality will allow the drone to access areas which have previously been too risky for operation thereby increasing the flexibility of these systems. This was done by integrating a four-wheel drive system with an enlarged quadrotor chassis. The result of this project was a platform that’s capable of covering various difficult surfaces, such as grass and loose rocks, at up to ten miles per hour with an attached quadrotor capable of nearly sixty miles per hour and a three to one thrust to mass ratio allowing for superior maneuverability even while carrying a payload. This means that when implemented, this platform will be able to participate effectively in operations including, search and rescue, surveying, exploration, and transportation.

This team’s hard work was able to be realized and has opened the door for more effective operators that utilize quadrotor type platforms because of the increased flexibility.