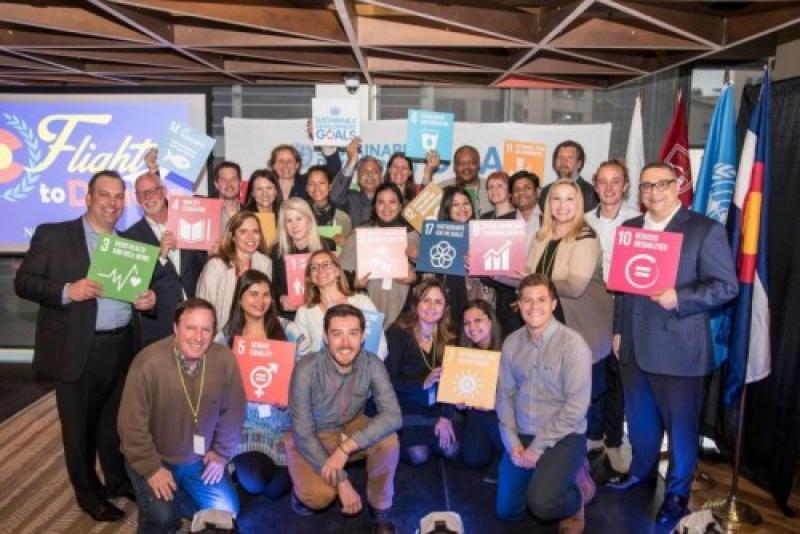 Hunger, poverty, crumbling infrastructure and inadequate clean water and sanitation are all serious issues facing millions of people around the world. In 2015, the United Nations established 17 goals — known as the sustainable development goals — to solve these global problems. Last weekend Colorado was in a position to help address them.

The University of Denver’s Project X-ITE hosted Flight to Denver, a three-day bootcamp for technologists, engineers, scientists and other innovators. Together, they worked with experts from six Front Range universities, 30 private-sector companies, seven nonprofit organizations and five public-sector groups from Colorado.

“We have some of the greatest innovative and entrepreneurial minds in the world within our state, and we play well together,” said Erik Mitisek, executive director of Project X-ITE. “We have an ecosystem that is truly supportive and congenial, and you can see it in the caliber of people that came out to support Flight to Denver. You don’t get that in other cities.”

All that support was channeled into helping 17 innovators push forward with their solutions to addressing some of the thorniest issues bedeviling our planet. 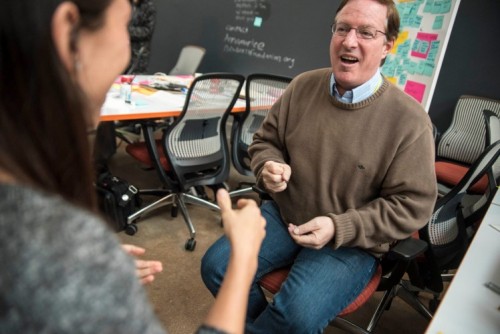 One of the innovators, Lauren Fletcher, a former NASA engineer, created the company BioCarbon Engineering in the United Kingdom. They are designing drones to automate the process of replanting trees. The goal is to plant one billion trees a year using the quadcopters.

“Our focus is ecosystem restoration,” Fletcher said. “Drones are an enabling technology that allows us to do that job in a way like never before.”

Fletcher says using the drones for this process is more cost-effective, reduces worker-injury rates and allows accessibility in hard-to-get-to areas. During the Flight to Denver bootcamp, he worked with local experts to create a framework for bringing his company to the United States, specifically Colorado, which has been impacted by the pine beetle infestation and wildfires.

Another innovator is creating a sustainable toilet system that turns human waste into a natural fertilizer. Zuraina Zaharin’s system, dubbed Ecoloo, was developed in collaboration with her Swedish business partner, Imad Agi. Ecoloo does not use water and has already been installed in 16 countries, with plans to expand production to a million toilets per year. 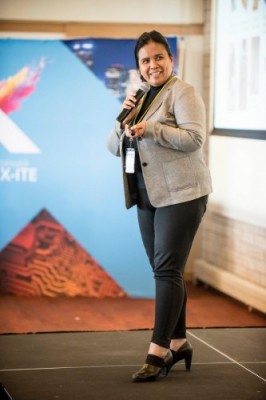 “Our solution is perfect when dealing with disaster relief and refugee camps,” Zaharin said. “We want to achieve more than just selling a solution. It’s not about selling the solution, it’s about making a difference and solving the water, sanitation and hygiene issues that are a pressing issue in our world.”

Ecoloo was selected last year by the UN Foundation as one of 10 groundbreaking innovations.

Another participant in the weekend-long bootcamp, Megan Smith was appointed chief technology officer for the U.S. by the Obama administration. She has played a vital role in working with innovators from around the world who are tackling the sustainable development goals. She reminded participants why Colorado was the perfect place for innovators to convene.

“Flight to Denver is all about the incredibly talented, productive and long history of capable people from the team here in Colorado meeting with extraordinary entrepreneurs,” Smith said. “It’s everyone coming together to accelerate the products these entrepreneurs are working on.”

At the event’s opening night kickoff at WeWork in downtown Denver, Colorado Gov. John Hickenlooper highlighted a recent U.S. News and World Report ranking showing Colorado has the No. 1 economy in the country. He also discussed the culture around entrepreneurship that exists in the Denver metro area.

“This is a very important sign that Denver and Colorado are becoming the first stop for some of the most innovative and vital entrepreneurial efforts in the world,” said JB Holston, dean of the Daniel Felix Ritchie School of Engineering and Computer Science at DU. “The global entrepreneurs now have a team in Colorado who will work with them on specific objectives and serve as long-term partners for their efforts.”

These teams will continue to work together remotely over the course of the next six months, and a progress report will be presented at the UN global headquarters in New York City in September.

“There was no blueprint for an event like this,” Mitisek said. “We tapped our counterparts at other universities across the Front Range. We knew inherently that Colorado was the perfect place to pull together cross-disciplinary groups that could function at a high level in support of big ideas. And it worked.”

To see more pictures and read the story on the DU newsroom site, click here. 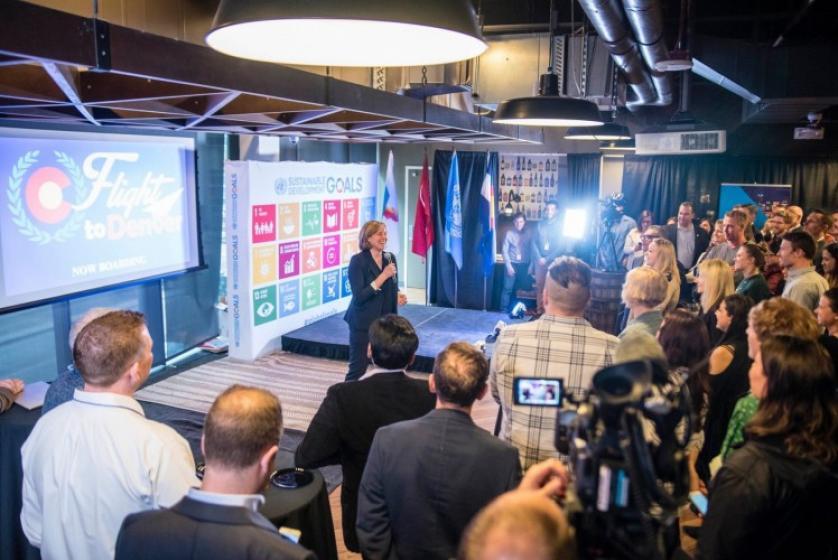 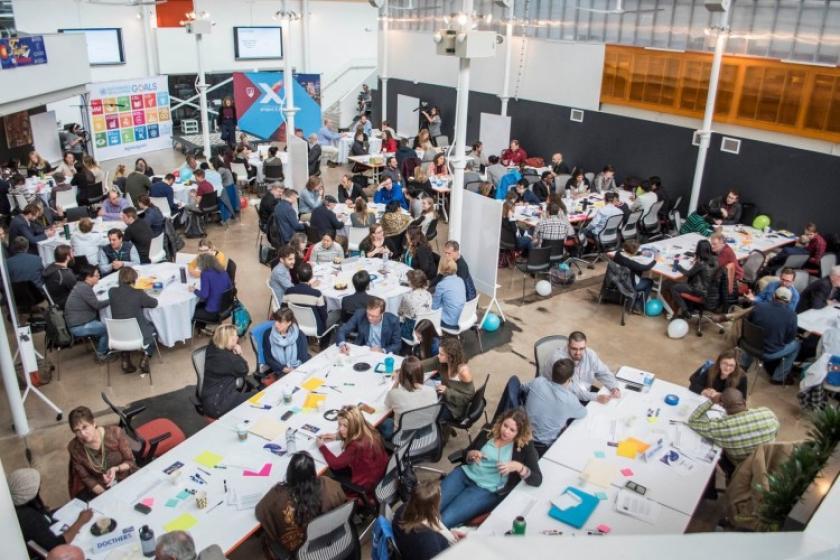 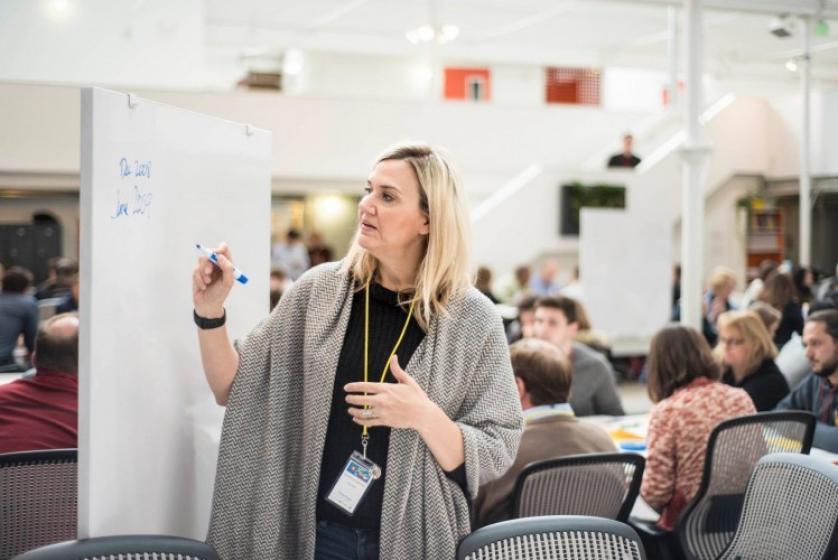 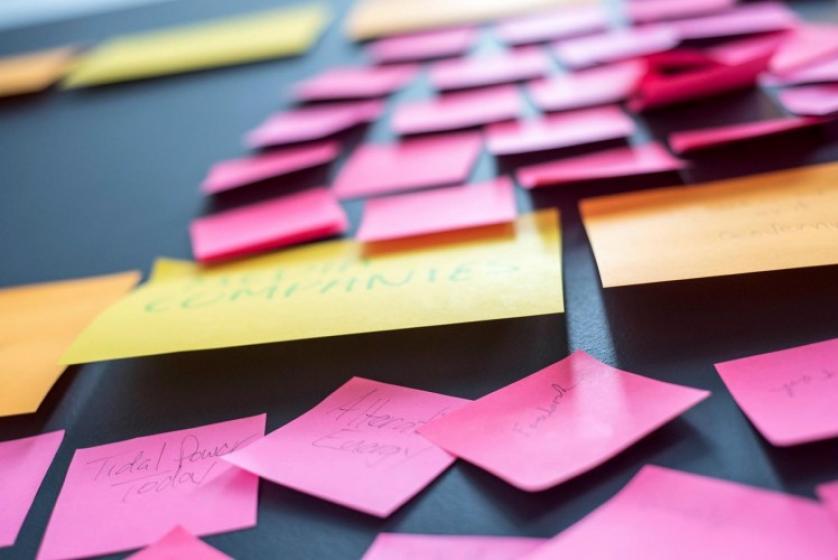 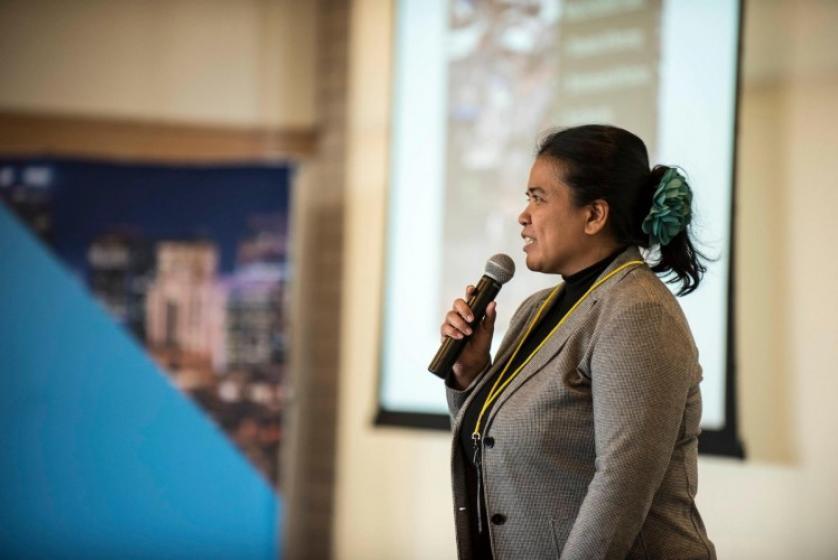 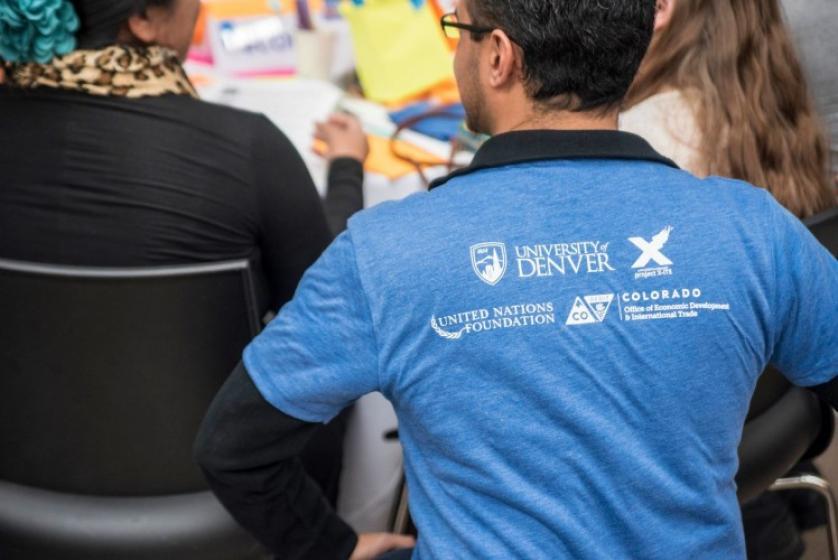 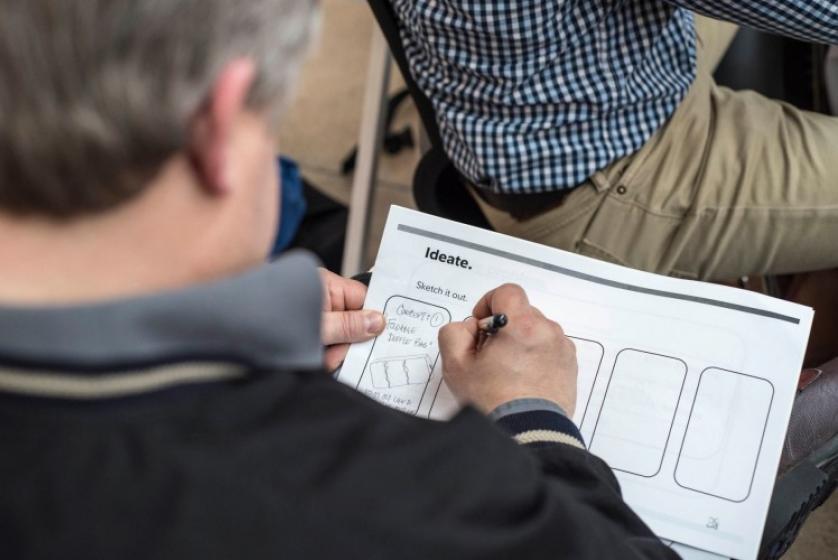 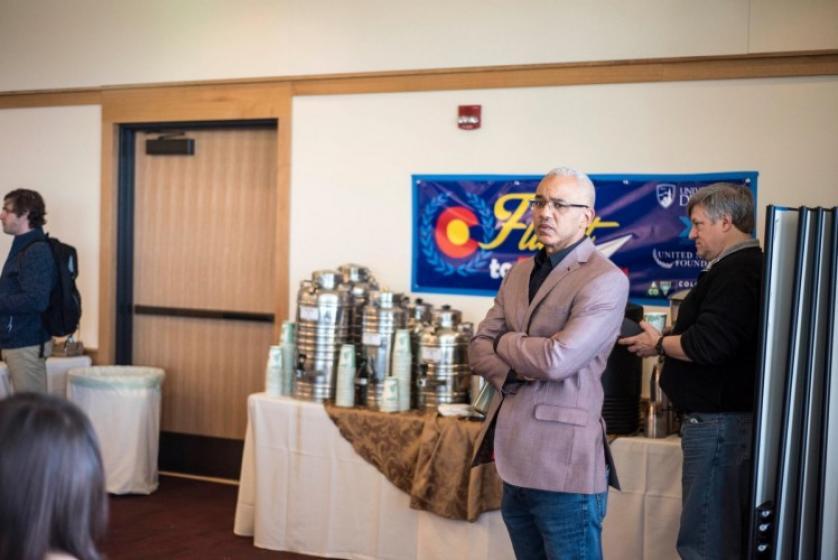 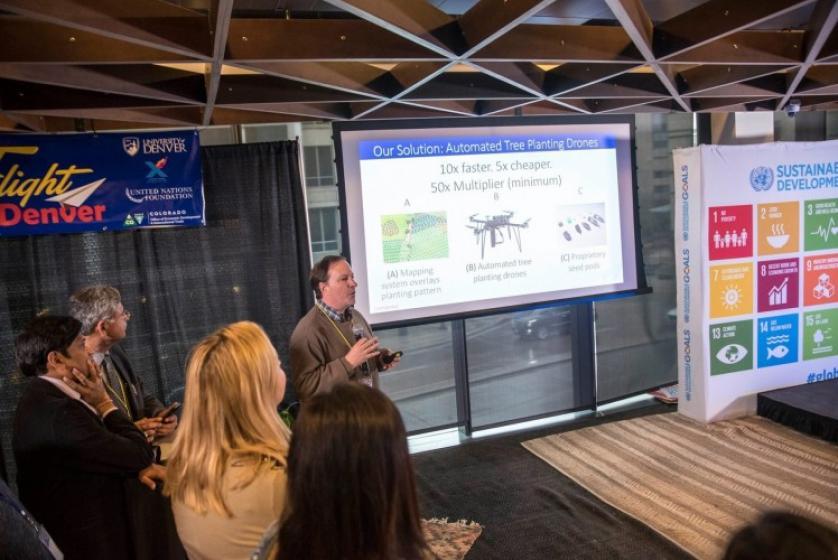 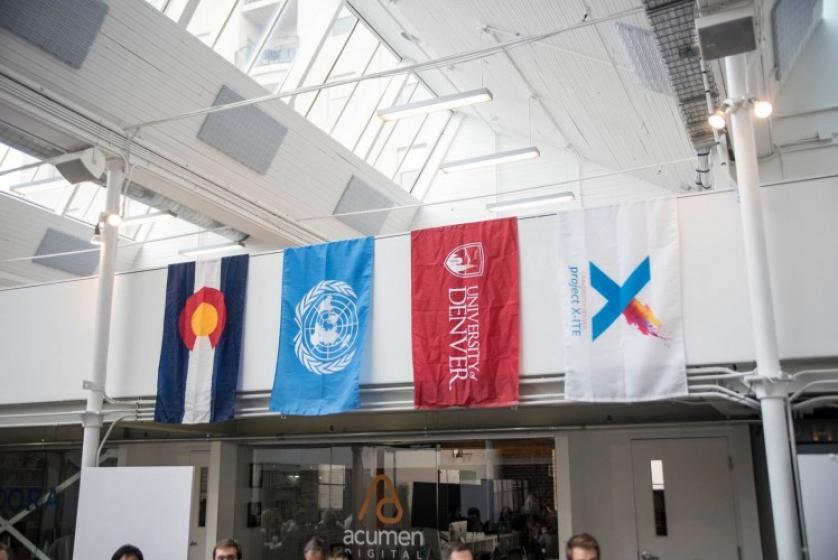 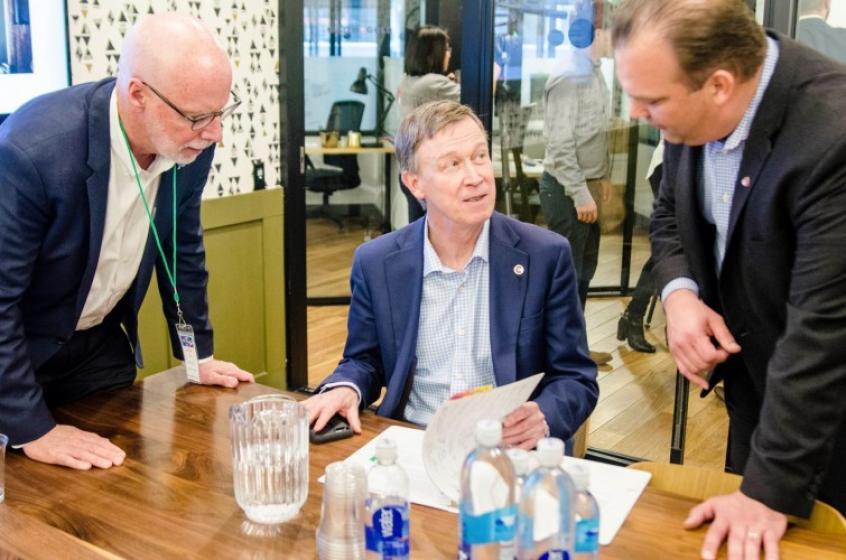 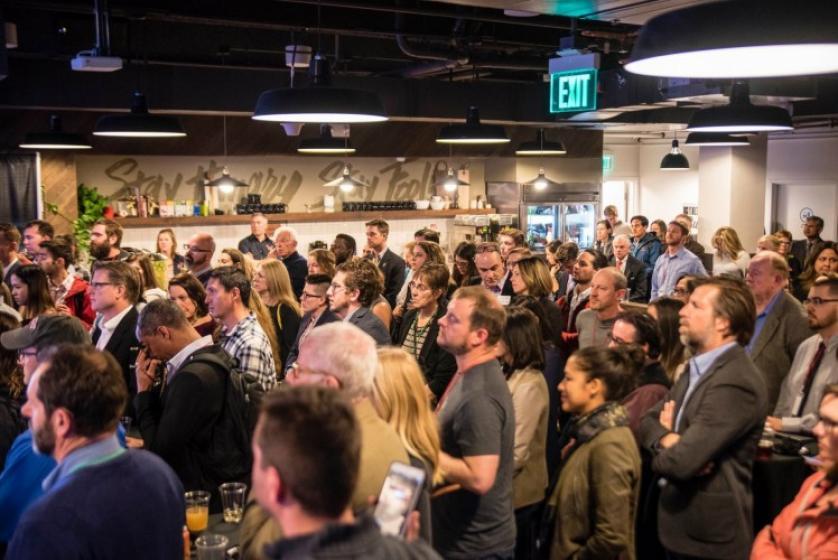 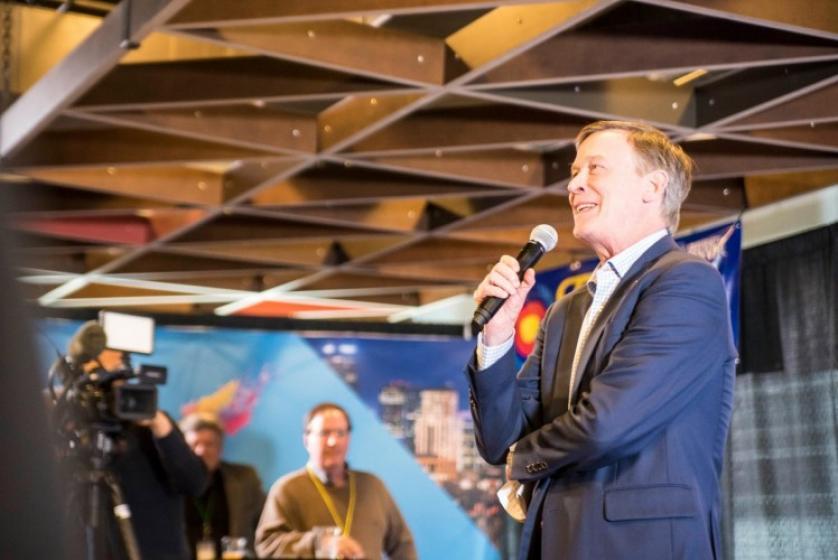 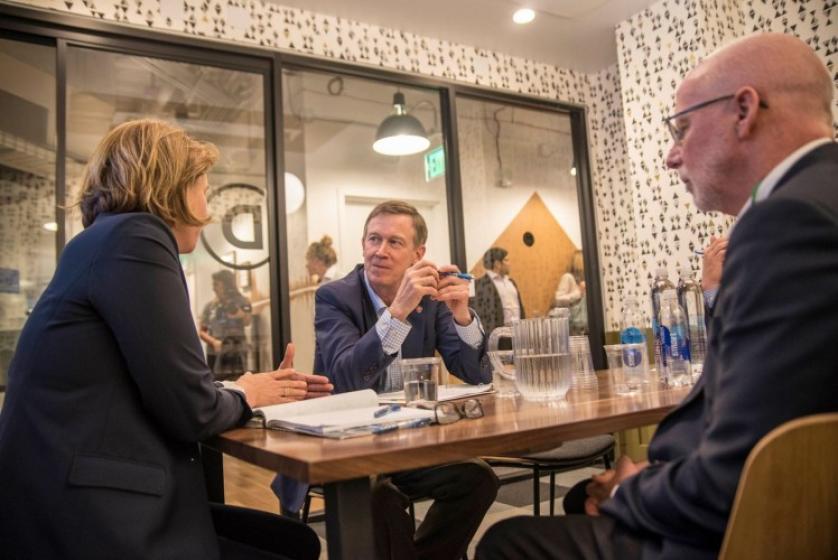