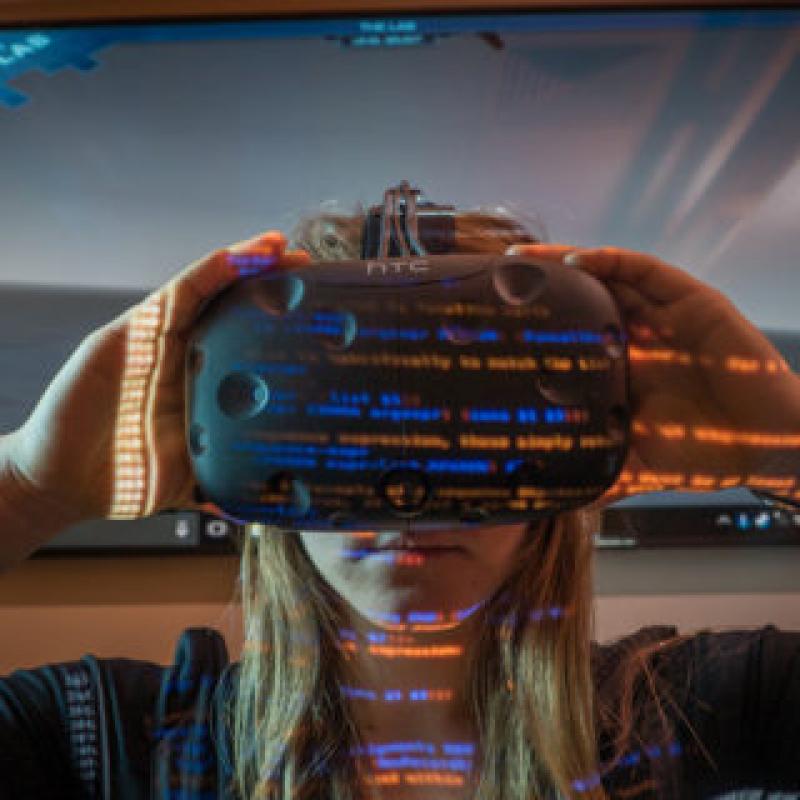 With the 12th Artificial Intelligence and Interactive Digital Entertainment (AIIDE’16) Conference being held in San Francisco on October 8-12, 2016, University of Denver professor Nathan Sturtevant discusses his role in the conference and shares exciting details about the event.

What is your academic background?

I’ve been here at the University of Denver for six years and work in the computer science department as part of our games program. The games program also works with the Emergent Digital Practices (EDP) program. Therefore, we have students that have a focus in computer science and students who focused more on emergent digital practices, with things like digital art and modeling. The students come from a mix of backgrounds. Specifically, I work primarily in artificial intelligence applied to games.

How did you become interested in game design specifically?

I’ve been involved in writing games for many years. When I was in college, I was spending all of my spare time writing games. My PhD thesis was related to multiplayer games and the strategy behind playing them. When I was doing a post-doc, I also had an opportunity to work for a game company and write their path finding engine. So I’ve been involved in various aspects of the games, industry, and academia and other things like that for many years.

How is artificial intelligence related to games?

How was the conference started?

The conference has been around for eleven years and grew out of some workshops that were being run during a time where academic AI in games was an emerging field. This conference was established to be a place where we can try to have both industry and academics come together and meet. There have always been a number of speakers coming in from industry who are keeping the academic people appraised to what’s going on in industry. We hope that this conference can be a place where two-way interactions can occur between the games industry and academia.

What is the timeline and layout of the conference?

Back in May, people started submitting papers to the conference and those then go through a blind review process. In June, the program chairs look at all the reviews, initiate discussions, and choose which papers they want to accept. Then people have some time to revise their papers and submit their final versions at the beginning of August. At this point they are preparing talks and posters. When we get together in October, we usually have two invited speakers every day, talks, and presentations. In the evening, we will have a welcome reception one day and a poster session another. This year, we are co-located with another conference called Motion in Games; we will most likely have one or two shared speakers. Our poster session will also be shared between the two events. It’s nice to have these conferences together, since last year they were held on the same date in different locations.

How did you become involved with the conference?

I wasn’t involved initially and was a post-doc when the conference first started. Over the last few years, I have been involved in number of different roles–working on playable experiences, as program chair, and now as general chair. Overlooking playable experiences entails giving individuals that have built games, in academia and in industry, a chance to show them at the conference. The program chair manages paper submissions and acceptances, while the general chair takes higher-level responsibility for the conference organization.

Who are the invited speakers for the conference this year?

Kevin Dill, who I’ve known for a number of years in industry and who has helped out with the conference for many years is going to speak on the industry’s view of what their problems are along with what is difficult for them to solve, which I think will be really interesting to people.

Another speaker we have is Simon Clavet, who also spoke at the Game Developer Conference this year. He is from Ubisoft and will be talking about their motion matching technology. This technology is a really exciting change because this used to be very time-consuming process and involved a lot of human effort and now they are figuring out how to automate it using big data; it really simplifies the process. I think this will be interesting to our audience.

We also have Dr. Katja Hoffman from Microsoft. Microsoft recently acquired the hit game Minecraft. She will be talking about what they’re doing with the game to understand how humans interact in addition to her other research. So this is going to be a really cool talk.

The last talk, which I am most excited about, is by Jonathan Blow, one of the pioneers of the current indie games movement. After success with his game Braid, Jonathan worked with a bigger team to build The Witness, which came out in January of this year. We’ve invited him to come and talk about the game and the broader aspects of game design.

The question is what does a game designer have to tell us about artificial intelligence? Well, a lot of people are working on content generation and filling out content in a world. Jonathan Blow is a master of doing that. So, I think there’s a lot that we can learn from him and hopefully there are some things he can learn from us as well.

I’m really excited about having a broad set of speakers that can speak to different topics because it’s important to have different perspectives both from an academic and industry standpoint.

In terms of this conference, what is your vision or outlook for its growth?

When I accepted the role two years ago of being program chair and then conference chair, the goal was to build stronger connections to some other academic conferences. There are three technical academic conferences: Motion in Games (MIG), AIIDE, and Computational Intelligence and Games (CIG). I would like to see these conferences strengthen each other. Putting Motion in Games together with AIIDE this year was my short term goal. In the long term, I’d like to see the conference continue to increase collaboration and interaction with industry, whether indie or AAA.