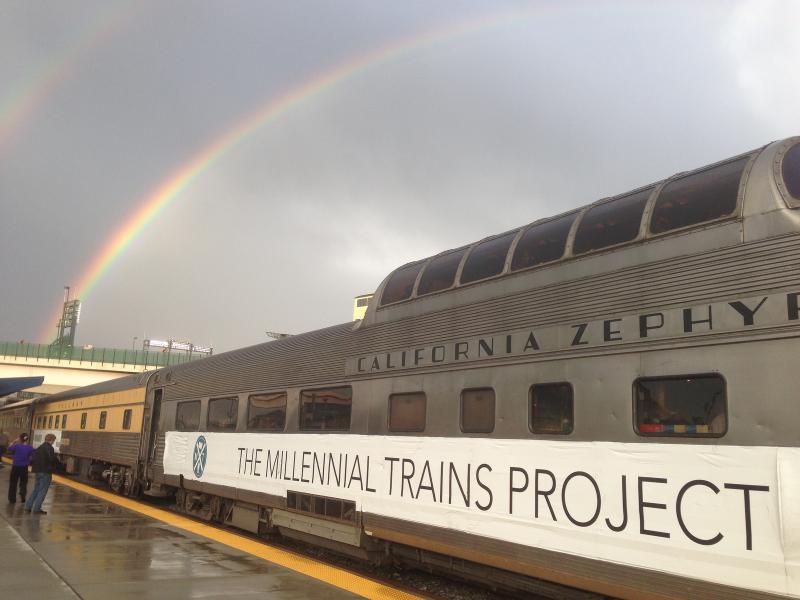 University of Denver and Project X-ITE are supporting one of their alumnae, Ally Seeley, who is part of an impressive group of young adults participating in the Millennial Trains Project (MTP). MTP leads crowd-funded transcontinental train journeys for diverse groups of young innovators to explore America’s new frontiers, grow as leaders, and launch projects that benefit and inspire their communities.

Ally’s project is entitled ‘On the Rails.’ On the Rails is one millennial’s journey by train from Los Angeles to Detroit, uncovering and sharing 5 inspiring founder’s stories from five American cities. Ally plans to create a 6-episode storytelling feature, to be released weekly following the end of the trip. The first 5 episodes will focus on 1 founder each and the 6th and final episode will be the dedicated end-cap, completing the 6-episode feature. All episodes will include a podcast interview with the founder plus additional text, photos, videos and/or other storytelling elements.

Erik Mitisek, also a University of Denver alumnus and Project X-ITE Executive Director, will provide mentorship to participants in MTP as they journey across Colorado. He will board the train in Grand Junction for the ride to Denver and share his unique insights into Colorado’s innovation economy as the train journeys east. While the MTP is in Denver, Mitisek, along with other local innovation leaders, will speak to the group at a breakfast held at the Commons on Champa