Answering the Demand for Women Who Code U.S. universities are expected to graduate approximately 400,000 computer scientists between 2010 and 2020. Impressive as that number may seem, it’s not enough. In fact, the Bureau of Labor Statistics estimates it will leave a gap of about 1 million computing jobs.

The organization She’s Coding is trying to fill that gap with women. The group says only about 18 percent of undergraduate computer science degrees are awarded to women, and an even smaller percentage remains in the computer science profession after college. She’s Coding was inspired by the documentary film “CODE: Debugging the Gender Gap.”

On Thursday, July 21, the documentary film will premiere at the History Colorado Center. The showing will be followed by a discussion about gender diversity in technology. Panelists will include JB Holston, dean of the Daniel Felix Ritchie School of Engineering and Computer Science, and Eric Mitisek, executive director of DU’s Project X-ITE and chief innovation officer for the state of Colorado. They will be joined by Bijal Shah, vice president at Ibotta, and Suma Nallapati, chief technology officer for the state of Colorado.

The University of Denver is answering the market demand for computer scientists and appealing to an increasing number of female students by offering unique classes and degrees in emergent digital practices. Additionally, this fall DU will launch a one-year master’s program in cybersecurity. 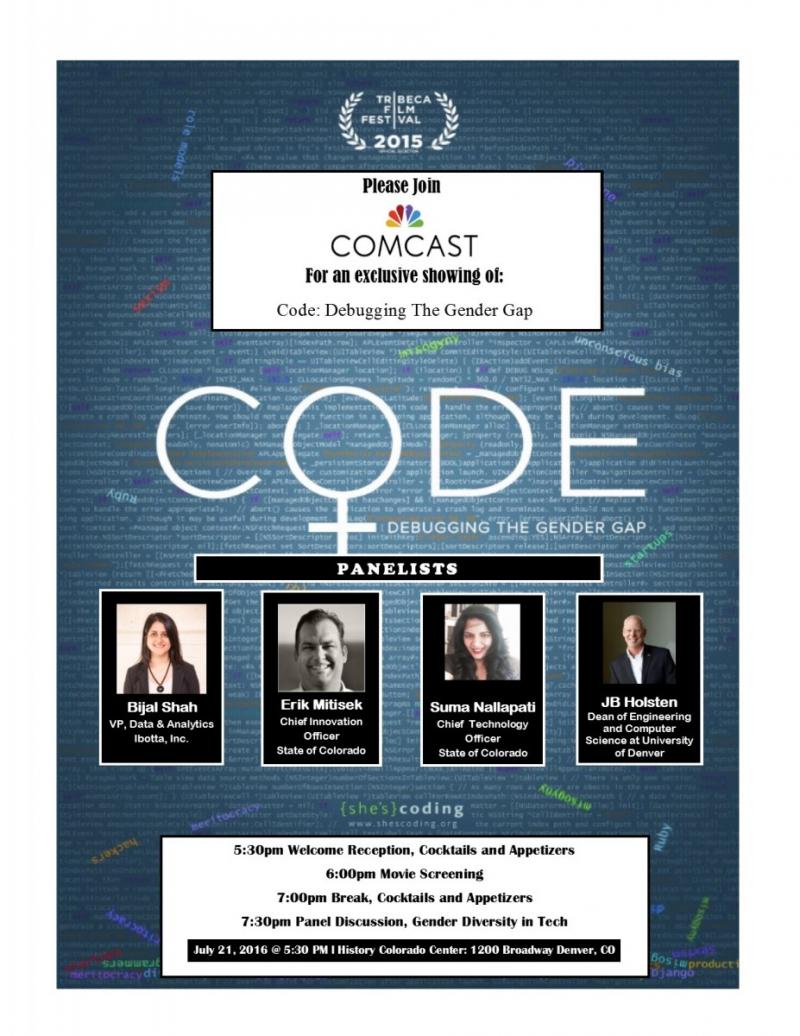